7 Most Popular Gemstone in Jewelry 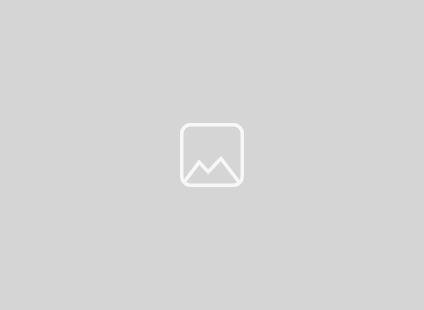 Jewelry has been a staple in a woman’s wardrobe for hundreds of years. Gemstones have featured on statement and subtle jewellery to create simply stunning pieces. We’ve put together five of the most popular and beautiful gemstones that are used in jewelery, taken off their meaning in astrology and explained how they can be incorporated into your personal style.

Gemstone jewelry has been popular for literally thousands of years. When it comes to gemstones, cut, weight, and quality vary a lot depending on the type. Although gemstone jewelry manufacturing is made of only gemstones and metal alloy in its pure form but sometimes it contains synthetic varieties.

The following are the top trending gemstones that are widely used in jewelry.

Diamonds are one of the most popular gemstones, prized for their beauty and durability. Although they are often associated with luxury and wealth, diamonds can be found in a wide range of settings, from simple solitaire rings to extravagant necklaces.

In order to ensure that a diamond is of good quality, jewelers use a grading system that takes into account the stone's clarity, cut, color, and carat weight. The resulting grade gives buyers an indication of a diamond's value.

When shopping for diamonds, it is important to keep in mind that no two stones are alike, and that each boasts its own unique set of qualities. Whether you are looking for a statement piece or a modest gift, a diamond is sure to make a lasting impression.

Sapphires are one of the most popular gemstones on the market today, prized for their beauty and durability. Sapphires can be found in a wide range of colors, from the classic blue sapphire to more unusual shades like yellow, green, and pink. While blue is the most well-known color of sapphire, it is actually fairly rare in nature.

Most sapphires on the market have been treated to enhance their color, a process that is completely safe and does not affect the value of the stone. Sapphires are also one of the hardest gemstones, second only to diamonds, making them ideal for use in jewelry. With proper care, a sapphire ring or necklace can last a lifetime.

Emerald is a beautiful and unique gemstone that has been prized by cultures around the world for centuries. Emeralds are typically green in color, with the most desirable stones being a deep, rich green. The stone's color is caused by trace amounts of chromium and vanadium, and emeralds with higher concentrations of these elements are typically more valuable.

Emeralds are relatively soft compared to other gemstones, and this can make them susceptible to damage. In addition, emeralds often contain internal flaws, known as "jardin." These flaws can affect the stone's value, but they can also add to its beauty and uniqueness. Despite these challenges, emeralds remain one of the most popular and highly sought-after gemstones in the world.

Larimar is a variety of the silicate mineral pectolite found only in the Dominican Republic, in the Caribbean. Its blue coloration, caused by trace amounts of cobalt, is unique and highly desirable. First discovered in 1916, Larimar did not gain widespread attention until the 1970s when a local jeweler began to promote it as a new gemstone.

Today, it is still relatively unknown outside of the Dominican Republic, but it is becoming increasingly popular as a jewelry stone. Unlike many other gemstones, Larimar is not traditionally cut into faceted shapes. Instead, it is most often used in its natural form or carved into intricate designs. Its soft blue color and smooth texture make it a popular choice of larimar jewelry that is meant to be worn everyday.

Ruby is a brilliant red gemstone that has been treasured for centuries. Its name comes from the Latin word "ruber," which means "red." Ruby is the birthstone for July and is traditionally given as a gift to celebrate 15th and 40th anniversaries. It is also the gemstone for Tuesday.

Rubies range in color from light pink to deep crimson, and they are mined in a number of countries, including Myanmar, Pakistan, Sri Lanka, Thailand, and Vietnam. In addition to being used in jewelry, rubies are also used in watchmaking and other industries. Thanks to its toughness and durability, ruby is an excellent choice for a variety of applications.

Topaz is a popular gemstone that has been used in jewelry for centuries. It comes in a wide range of colors, from pale pink to rich brown, and it can be found in many different parts of the world.

Despite its popularity, there is still much to learn about topaz jewelry. For example, did you know that topaz is the birthstone for November? Or that it is said to promote wisdom and courage? Whether you are looking for a unique piece of jewelry or simply want to learn more about this fascinating gem, here are some facts about topaz that you may not know.

Topaz is a mineral that belongs to the silicate family. It is found in a variety of colors, but the most popular shade is blue. Topaz gets its name from the Greek word for fire, because Ancient Greeks believed that topaz had the power to ward off all evil. The largest cut topaz in the world weighs more than four hundred pounds and is on display at the American Museum of Natural History in New York City. Most topaz sold today comes from Brazil, but it can also be found in Sri Lanka, Pakistan, and Russia. Topaz can be treated to enhance its color, but untreated stones are more valuable

Amethyst is a gemstone that has been prized for centuries for its beautiful purple color. In ancient times, amethyst was thought to protect its owner from drunkenness, and it was even used as a remedy for headaches and insomnia.

Today, amethyst is still widely admired for its striking hue, and it is often used in jewelry and other decorative items. Although amethyst is found in many different parts of the world, the finest specimens come from Brazil.
Brazilian amethysts tend to be larger and more deeply colored than those from other countries, making them highly sought-after by gem collectors. Whether you're looking for a piece of jewelry with personal meaning or simply a striking new addition to your collection, amethyst jewelry is sure to add beauty and elegance to any setting.